For students: Login to save your progress.

Forming Compound Words with the Help of Clues Part 1

Identifying the Correct Word for a given Prefix 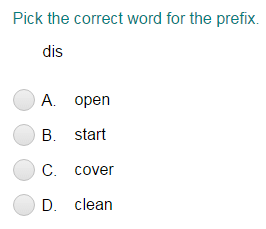 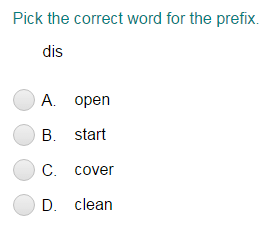 Choosing the Word with the Correct Prefix to Match the Definition

Choosing the Word with the Correct Suffix to Match the Definition

Forming Compound Words with the Help of Clues Part 3

A compound word is made up of two or more smaller, individual words. Each word can stand independently from the other with its own meaning and spelling. When the two are put together, however, a new word is formed with a new meaning relating to the original words. Butter and fly each have their own separate meaning. However, when they're put together in the compound word butterfly, an entirely new meaning is created. Green and house can be used to describe a colorful house. When they're put together to create greenhouse, the entire meaning is changed to now signify a building made with clear walls in order to trap heat and grow plants.
Compound words are classified under one of three types: open compounds, closed compounds, and hyphenated compounds. It can be challenging for students to discern when to use each type of compound word, as there is no hard and fast rule. Through repeated exposure in various texts, students will be able to decide how each compound word is classified and spelled. Having students practice using compound words in their writing is another tactic in increasing their exposure and ultimate knowledge of compound words.
Compound words can be different parts of speech based on how they are used. For example, housesit is a verb but textbook is a noun. Some compound words can fall under more than one part of speech, depending on their use in a sentence.
Some words look like compound words but they are not. The words pan + cake creates the word pancake: a type of cake made in a pan. However, office is not a compound word made of the words off + ice. These words do not create a new meaning related to their original meaning. Other words that look like compound words but are not include forage, season, and mandate. If a word includes a complete word along with a separate word part or affix, it's also not a compound word.

Why should students learn compound words?

Understanding compound words is an incredible tool in helping students read and spell words that are initially unfamiliar. Knowing that compound words are comprised of two or more shorter words can make them less daunting when students encounter them in a text, and students will be better equipped to understand the meaning of compound words that they come across.

Do compound words always have to be made of two complete words?

How are compound words and contractions different?

Can the words within a compound word be different parts of speech?

The two words that make up a compound word do not have to be from the same part of speech. Check out the examples below:
up + stairs = preposition + noun
butter + fly = noun + verb
barn + yard = noun + noun
play + room = verb + noun
red + head = adjective + noun