To convert fractions to decimals, it is important to review what type of numbers fractions and decimals are.

Both are ways to show numbers as parts of a whole.

Fractions are a vertical way to show parts of a whole.

A good way to think of a fraction is like a brownie that has been cut into parts. If there is a pan of brownies cut into 10 equal parts and 4 have been eaten (10 - 4 = 6), then there are 6 brownies left. We would say six out of ten parts remain.

The fraction to represent how many brownies are left is:

When we use decimals, we show all the digits horizontally or in a line. 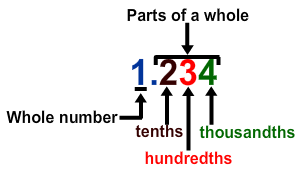 As a decimal, the same pan of brownies with six out of ten pieces would be 0.6 or six tenths.

Notice that before decimal point, there is the digit zero. That is because it more clearly shows, for the decimal number that there is not a whole number: there is only some part of a whole.

We can also add whole numbers to both fractions and decimals to show a number that represents a whole number with some additional parts of a whole.

A second pan of brownies that had been cut into equal parts, but some pieces had been eaten, is like a fraction or decimal with digits to the right of the decimal point.

If we want to write the whole brownie and the 6 pieces of brownie as a decimal or a fraction, we would write 1.6 or one and six tenths or 1
6
10
.

Everything is not always cut into 10 equal parts like the brownie. What if something was cut into one hundred parts?

Well, then for fraction the denominator would be 100. And, for decimal we would move two digits to the right of the decimal point. 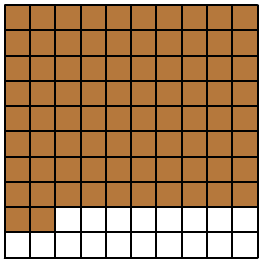 Here's a strategy which will help you in converting fractions to decimals:

Let's take a look at some examples.

Place the numerator 5 to the right of the decimal point to show it has the place value of a tenth.

Place the numerator 43 to the right of the decimal point to show it has a place value of a hundredth.

Place the numerator 224 to the right of the decimal point to show it has a place value of a thousandth. 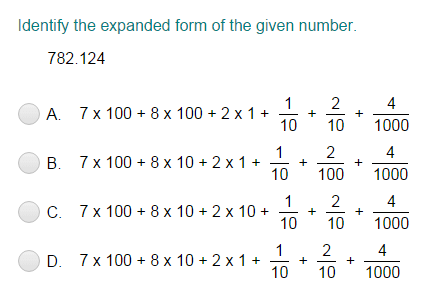 Grade 5 (505) Writing Decimals in Words and their Expanded... 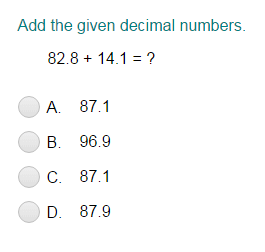 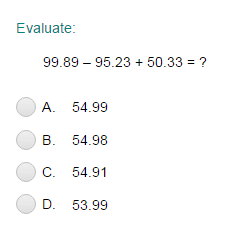 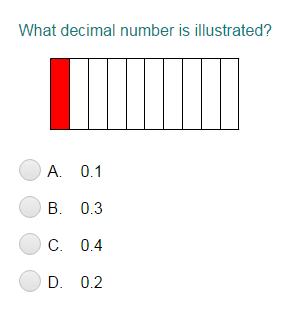 11 Downloads Grade 5 Multiply a Decimal by Powers of 10
Download Now!