Nouns and its Types with Examples

NOUNS are everywhere! You have learned about nouns before and probably think you know all about them. Hold on! In this lesson, you may learn some new things about nouns. Read on and let's see!

What is a Noun?

Are all nouns the same?

No! There are different types or classes of nouns. Let's take a look at all of them.

What is a Common Noun?

Notice that none of these nouns start with a capital letter! The only time that you capitalize a common noun is at the beginning of a sentence or in a title.

2. We live in the yellow house.

What is a Proper Noun?

Notice that all of these nouns begin with a capital letter. Because proper nouns are names, they are always capitalized.

1. Mary was the fastest runner.

2. Howard Elementary School is a new school in our town.

3. I like to wash my hair with Pearl Shampoo.

Common Noun: Dust
Proper Noun: There is no specific kind of dust, so it's just a common noun.

What is a Concrete Noun?

1. The nurse wrapped the cut on my finger.

2. The church was very large.

What is an Abstract Noun?

1. The cat had fear in his eyes as he ran from the dog.

2. Love was mentioned in the song many times.

3.Trust grows in a good friendship.

The next class of nouns are ones that can be counted, or not, but before we talk about them, we need to make sure that you understand singular and plural forms.

What are Countable and Uncountable Nouns?

If you can use the word "a/an" in front of the noun in a sentence or a number word in front of it, it is a counting noun. If you can't, then it is a noncount noun. Try it!

2. The two churches were all on the same street.

1. The homework was difficult to do.

2. The sunshine was warm on my face.

The next class will be another easy one for you because you already know about compound words. This class of nouns is called compound nouns.

What is a Compound Noun?

Let's look at some examples of compound nouns:

1. The homework was difficult to do.

2. The sunshine was warm on my face.

3. My time-out seemed so long.

4. The couch potato was too lazy to get up and answer the door.

The next class will probably be something that you haven't learned before. Have you ever heard of a gerund? Don't worry! It isn't as hard as it sounds.

What is a Gerund Noun?

1. Running is something that I enjoy doing.

2. Laughing with my friends is so much fun.

The last class of nouns that we are going to learn about are collective nouns.

What is a Collective Noun?

1. The team won the state title.

3. My family spends every holiday together.

Nouns and its Types with Examples

So, we have learned a lot about nouns! We have learned that there are different types or classes of nouns. Remember, nouns are everywhere!

Grade 3 (691) Unscrambling the Letters to Form a Collective...

Grade 4 (710) Rectifying mistakes in a sentence 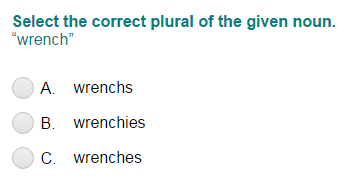 Grade 3 (718) Completing a Sentence with the Correct Abstract...

Grade 2 (827) Completing a Sentence with the Correct Irregular...

Grade 2 (987) Completing a Sentence with the Correct Opposite...

Grade 3 (940) Completing a Sentence with the Correct Plural...

Grade 1 (988) Completing Sentences with Correct Opposite...

Grade 4 (713) Completing a Sentence with the Correct Plural...